Christ Memorial Episcopal Church is located in the northwestern corner of the semi-tropical state of Louisiana at 401 South Washington Avenue, Mansfield, DeSoto Parish, Louisiana 71052. Our normal climate allows such sports as golf, tennis, hunting and fishing all year round. Snow in Louisiana is somewhat of a celebration. Typically school is out, there’s hot chocolate and streaming bowls of soup or chili for lunch and the world takes on a “fairyland” appearance. Fortunately, it seldom lasts more than a few days until the sun is back out again and our normal activities resume.
While maintaining all things traditionally Episcopalian, Christ Memorial is an informal, interactive and committed group of parishioners involved in numerous ministries, outreach and Christian education activities. Our greatest strengths lie in our friendly, family-oriented congregation. While the majority of our members have been confirmed Episcopalians attending Christ Memorial for over 10 years, many came into our membership from another denomination.

Worship is central to the spiritual core at Christ Memorial. We enjoy both Rite I and Rite II services as set forth in the Book of Common Prayer with a preference for a solemn High Church format which includes use of incense, the Sanctus Bell, passing the Peace and lay participation. We also enjoy Morning Prayer services, and many covet the Sunday 8:00 a.m. Eucharist in St. Anne’s Chapel without music. Others prefer the 10:30 a.m. service in the main Sanctuary where music abounds.

Our parishioners place strong importance on Christian education for all age groups with emphasis upon the Bible and studies of Episcopal history and tradition. We aspire to find new innovative ways to attract newcomers and draw more youth into our programs; we aspire to become more active in our community outreach efforts. We seek leadership that can guide us in these aspirations. 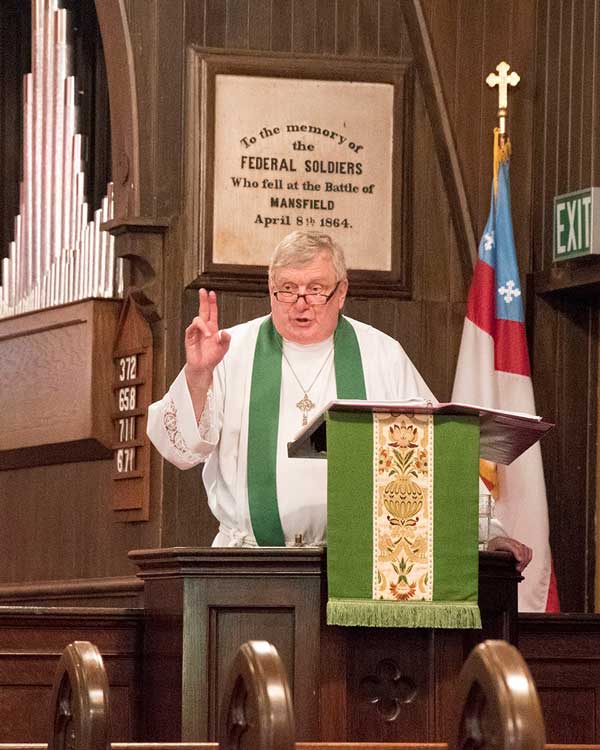 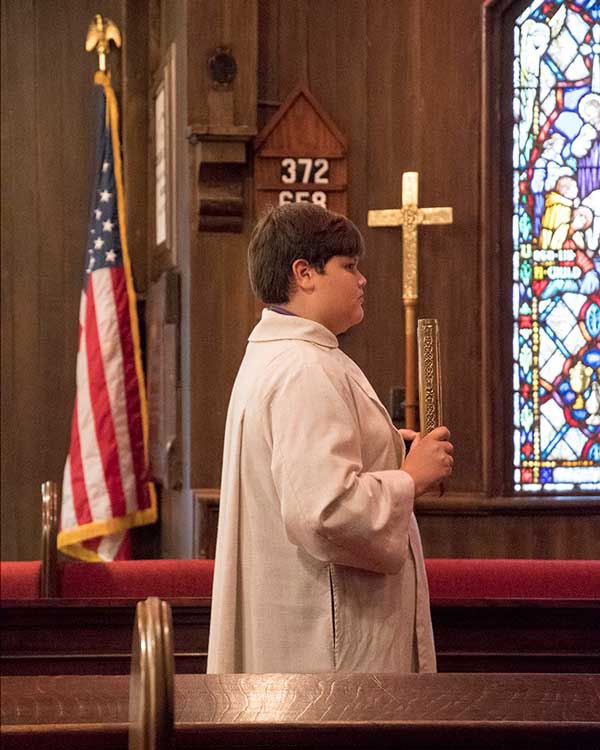 The first services of Christ Memorial as a mission were held in Mansfield in 1851, by the Reverend William Scull; there were three communicants present. In January of 1864, the Reverend John Sandels, then of Arkansas, took charge and continued to hold services once a month. The Church was admitted into the Diocese of the Convention in May 1866, and was represented by a most zealous Senior Warden by the name of Dr. Robert T. Gibbs. Services continued sporadically in the Court House and later in a rented hall.

In 1881, the Reverend A. Kinney Hall was appointed Rector, and construction soon began for a church building of Gothic design on land donated by Dr. Robert Gibbs. The finished church was dedicated as a memorial to both Confederate soldiers and Federal soldiers who fell at the Battle of Mansfield, April 8, 1864, and was consecrated on June 16, 1882. Although ill, Dr. Gibbs supervised the construction of the Rectory during the years, 1886-88. At his death a stained glass window was placed in the church in his loving memory. (Almost all the furniture, windows and ornaments have been placed there as memorials to loved ones.) Christ Memorial Church remained a mission until 1910, when it was first organized as a Parish. It suffered two fires in the early 1940’s. The first in June, 1943, destroyed the vestibule and tower of the Church along with much smoke and water damage. A second fire in 1944 also caused excessive damage. Along with the necessary repairs and restoration to the Church, the Rectory was enlarged and renovated during this decade.

In November of 1950, the corner stone was laid for the construction of the Parish House. Then in May of 1952, the Parish House and St. Anne’s Chapel were consecrated by Bishop Jones. The Chapel had been renovated into a place of worship from a former small, wood-framed store building located on the Terrell Plantation between Mansfield and Naborton. A young theology student held services there for plantation workers for several years. It was moved intact onto the grounds on Christ Memorial where it was encased in brick and adorned with new floors, pews, stained windows and other décor.

Over the years 1997 to 1999, two more wonderful additions were made to our Parish House facilities. The first one was a beautifully appointed and furnished Parlor, and following it came a new Sunday school classroom wing adding a nursery room, three classrooms, a restroom and much more-needed storage space.